It’s been a while since I did one of these! I had a bit of a lull in the hobby from around mid-December to mid-January and struggled to get inspired to get back to painting. I’ve been building up steam again this month so wanted to post up a review of what I’ve been up to!

These early feudal Japanese troops were done at the tail end of the big Japanese painting session I’d had over the preceding months:

They will be primarily used to represent Minamoto samurai/retainer bases. I was starting to feel a bit burnt out with painting at this point so after taking six weeks or so to focus on other hobbies I decided to paint something different when I got the urge again.

Firstly, to shake off the cobwebs, another unit for my Trojan War project, Thoas & the Aetolians:

As with my other Trojan War units, I have just done a light baseing texture/colour with the plan of doing them all with a more consistent basing whenever I decide on the battle mat/board I wish to use for the conflcit.

I was, however, struggling to get motivated by any of my ongoing historical projects still so decided to take a change of tack and crack into my Zombiecide Black Plague box set. I’ve had this for a year or two now, and had painted up a few test models a while back but there was still a lot to do. I thought I’d paint a few zombies as a palette cleanser and see where it took me.

It took me to the end of the box of zombies! I painted then in batches using a similar colour theme for each batch so when all 60+ zombies are together it should give a good variety.

Also painted up the Abomination, a kind of super zombie:

And the Necromancer, raising these hordes of undead:

And the zombie slaying heroes:

I know there are a few mould lines I should have trimmed but I always forget to do that before getting stuck in, awh well. I’ve kept the bases pretty plain for the most part, but I may add a few more brown shades and textures down the line if I feel it fits in better with the game board, but the neutral colour should be reasonably inobtrusive on different areas.

Just need to get these all varnished then I should be good to game with them. I’ll maybe put up a group photo when I have them all together.

This month Pendraken were running their Painting Competition. Last year I was able to rustle up an entry for every category but this month proved busy with a lot of work needing done about the house so painting time was limited. I did however put together this rather large Shimazu Clan Honjin (HQ Unit) for one of the categories:

Then put together some entries from bits I’ve done over the past few months.

Early Feudal Japanese Army, ready to face down any Mongol Hordes (or more often than not… each other) 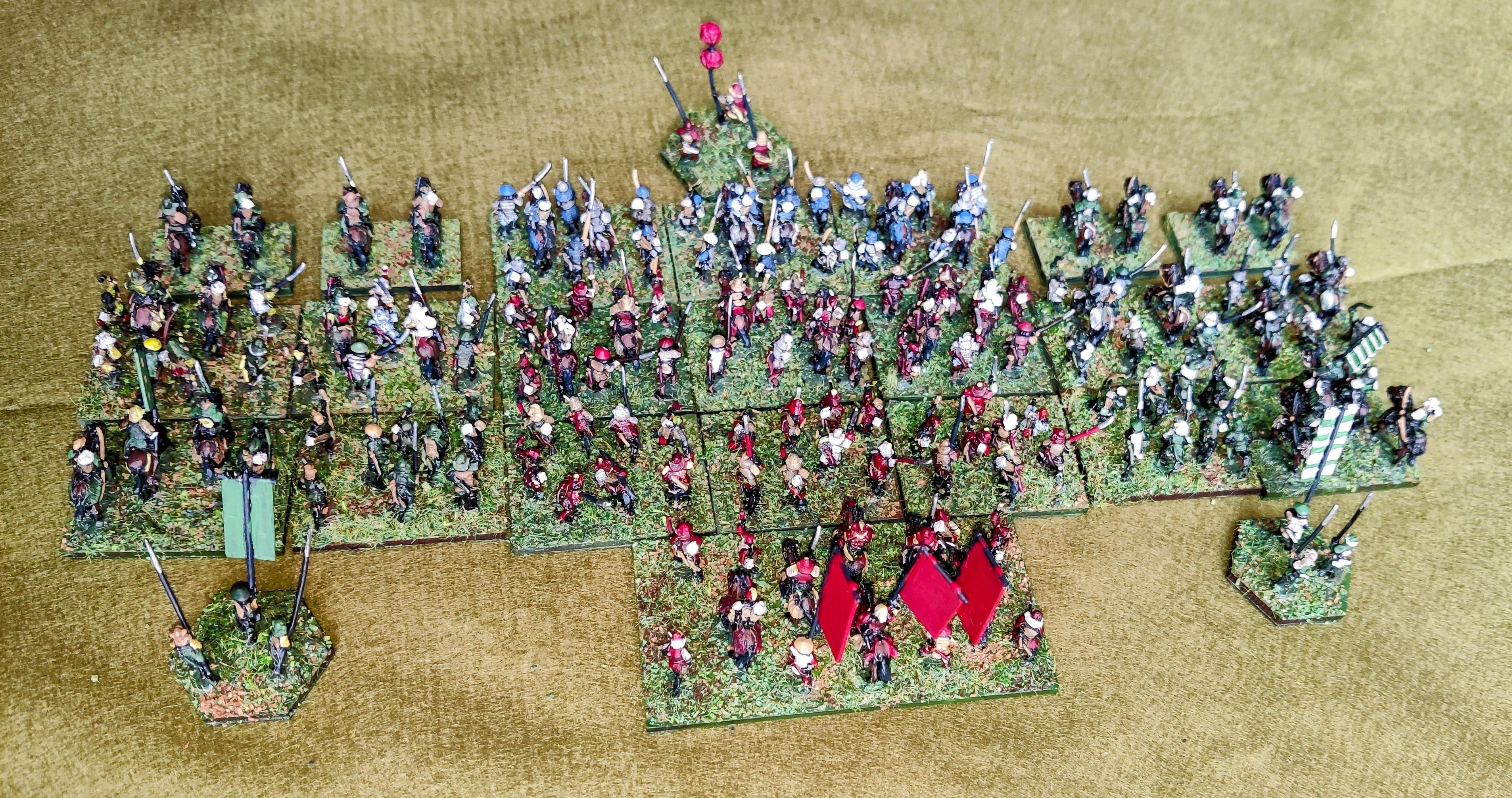 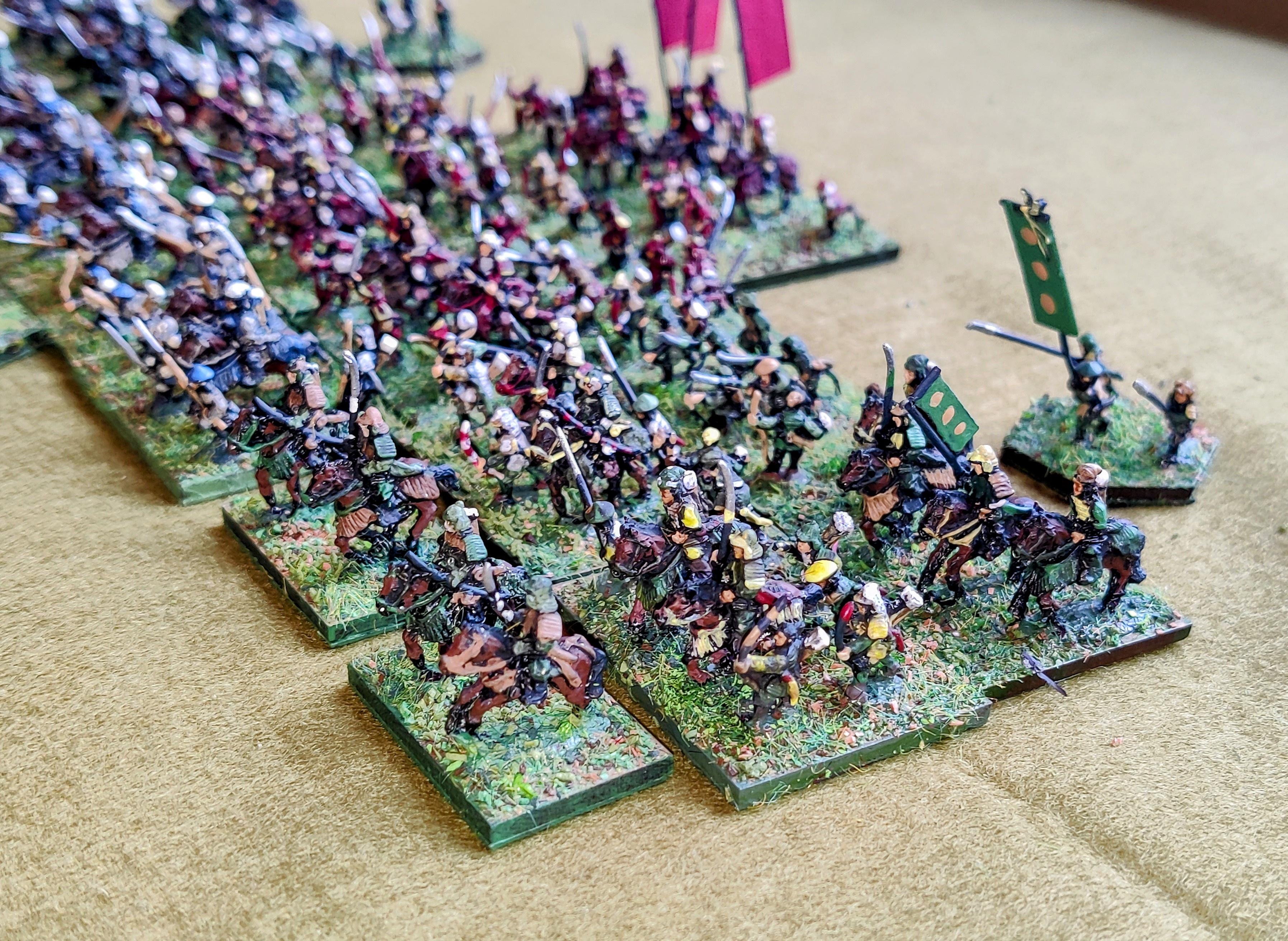 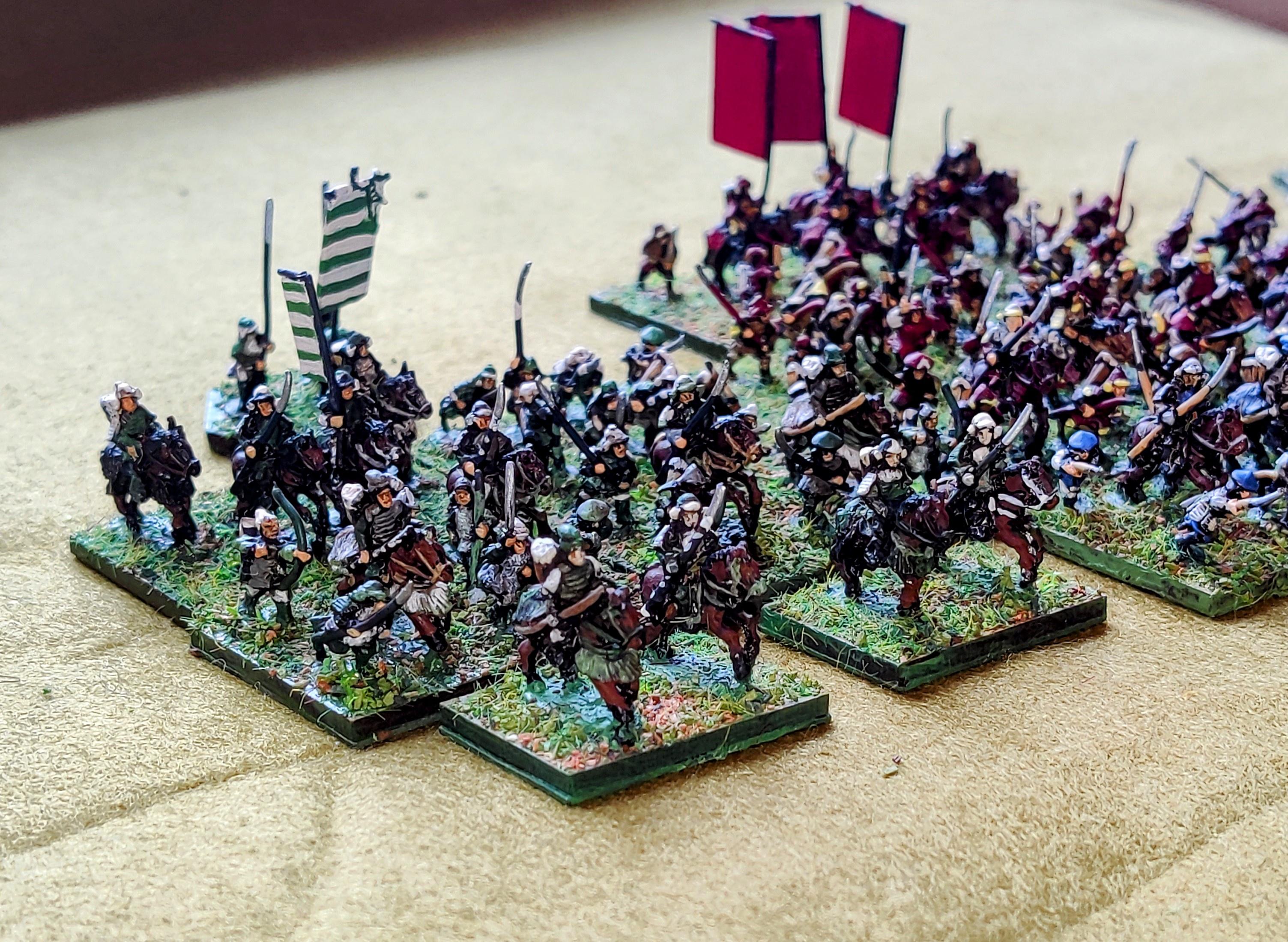 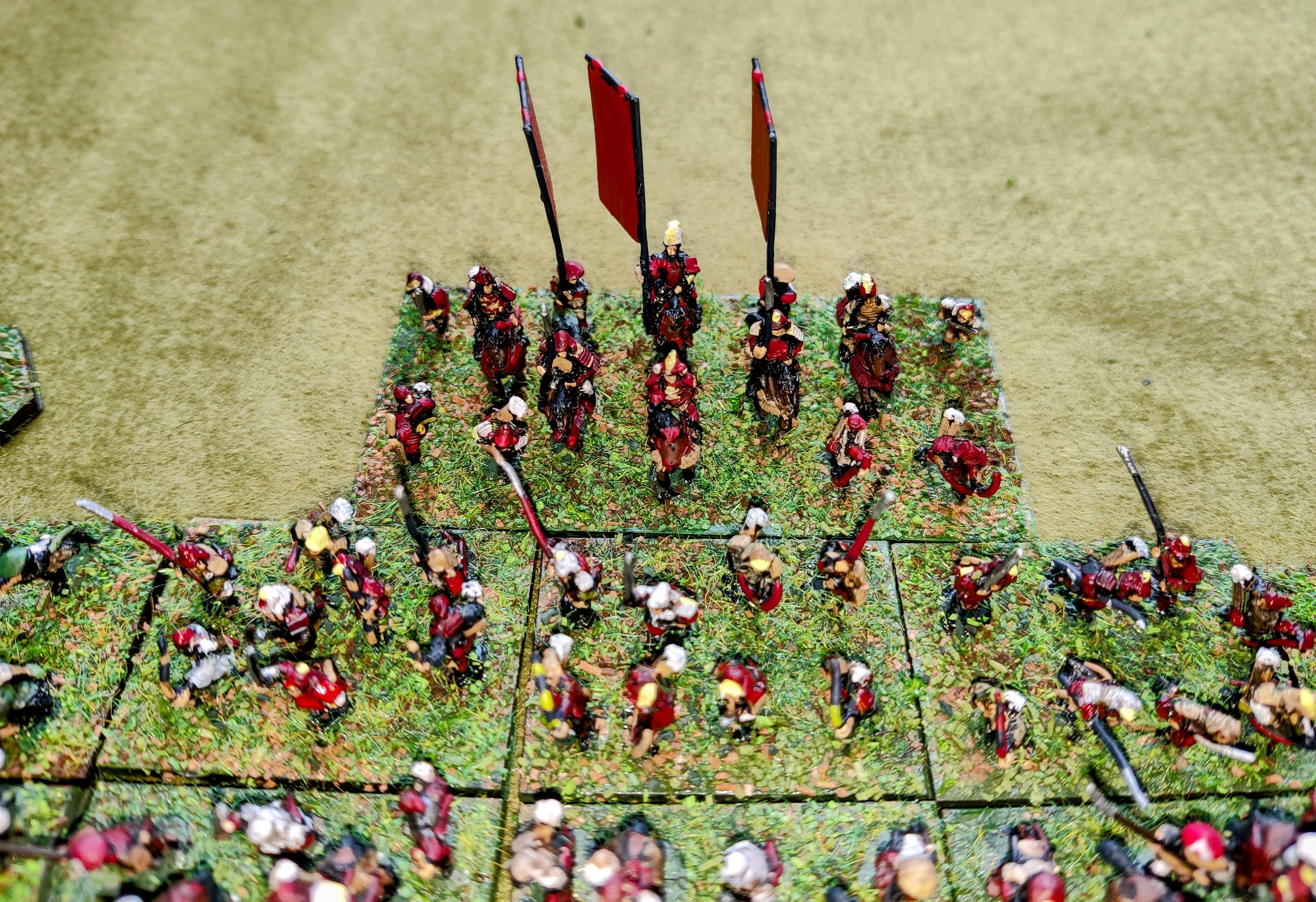 My entries were fairly Japanese heavy, but that is most of what I’ve worked on this year from the Pendraken range (other than a few Greek hoplites and Romans/Celts last summer). Sadly I wasn’t able to put anything together for the 20th Century, Vehicle or SciFi/Fantasy categories this year. Maybe next time!

As ever, thanks for reading and hopefully it won’t be so long between updates next time,